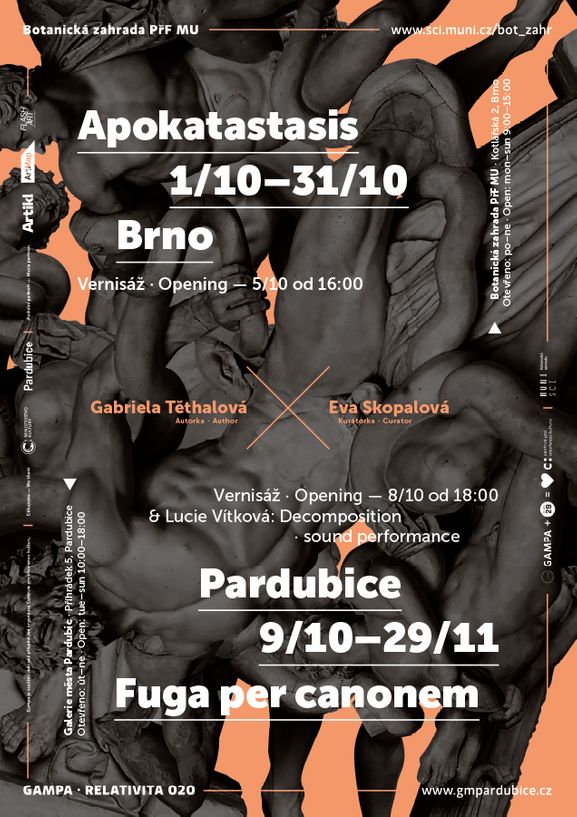 The exhibition was closed for the public, due to the state of emergency associated with the pandemic situation from 12 October to 2 December, 2020, and from 18 December, 2020 to 10 January, 2021.

Apocatastasis is the middle segment of a triptych of exhibitions (Alea iacta est // Apokatastasis // Fuga per canonem) completed by the Fuga per canonem exhibition. It is a painterly meditation on the nature of number on planes, in space, and in proportion following the tradition of the Artes liberales, and on the interpenetration of painting and poetry, history, and music.

“Time present and time past / Are both perhaps present in time future, / And time future contained in time past. / If all time is eternally present / All time is unredeemable.” The opening lines of T. S. Eliot’s Four Quartets can be understood as elucidating the Stoic concept of apocatastasis, a thesis on general repetition. Even though the term was later adopted by Christian theology, its roots lie in ancient philosophy. Using this term, the Stoics conceptualised a circular view of time, which they described as the periodic return of the stars to their original positions. As Stephen Hawking pointed out, time is a train that is constantly moving forward, but this doesn’t mean it can’t return to its point of departure. Throughout history, we notice repeating patterns, as well as anachronisms. This was the problem Arthur Schopenhauer encountered in his essay “Transcendent Speculation on the Apparent Deliberateness in the Fate of the Individual”, when he considered the “happy coincidences” life brings. Schopenhauer points out that seemingly non-causal, anachronic events are part of a superior harmony: “‘Accidental’ means the coincidence in time of that which is causally not connected. However, nothing is absolutely accidental; on the contrary, even what is most accidental is only something necessary that has come about on a more distant path.” Time is therefore composed of numerous synchronous threads that intersect and repeat each other.

As an analogy of the philosophical concept of apocatastasis, we might propose the Möbius strip, an object that has only one surface and one edge. If we draw a line along its surface, we always return to the point from which we began. This can continue indefinitely. Gabriela Těthalová elaborates on this concept in her work: an infinite painting in the shape of a Möbius strip. The surface of the strip thus becomes an infinite canvas on which Těthalová works with appropriations and reappropriations, codings, and the structure of art history. Using her training in mathematics, she enters the field of the humanities and considers history as an algorithm – though not in the sense of alternative history.

Fuga per canonem is a 16th-century term that describes a musical form: a strict fugue. At the beginning of the 20th century, its structure (soggetto – contrasoggetto – soggetto + contrasoggetto in contrapunto – espozione – contraespozione – tela contrappuntistica – stretto maestrale – pedale) was used by James Joyce in his novel Ulysses, in the famous “Sirens” chapter. Joyce managed to bring together two worlds that keep missing one another: literature and music. The arrangement of the text corresponds precisely to the structure of a fugue, but we must add that Joyce did not search for his form on the rubbish heap of history; the fugue in Ulysses is not from the 16th century, but rather is a modern fugue, containing both its present and its past – the modern world revealing the long shadows of the past. The fugue was also inspirational for visual artists. In particular, Amorpha: Fugue in Two Colours (1912), the supreme work of František Kupka, anticipates future developments in abstract painting through a tension between rational and irrational elements. In his essays, Kupka often connected music to colour directly: “But beware! Is the scale of the violin blue, or red? Are the oboe and clarinet green, yellow, or blue? The musicians of the 18th century use the same shades of colour as their contemporaries in painting. The modernists, with their pure tones, paint like the neo-impressionists.” Colours, just like words and sentences, have their correlates in sound. Artistic media have fluid borders and they coexist within artworks in artistic bonds. And this idea is inscribed in the oeuvre of Gabriela Těthalová, whose paintings-holograms make present two worlds that blend into one another: the world of painting and the world of music. 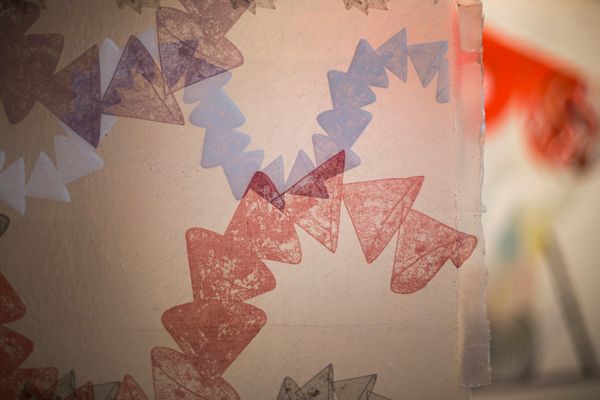 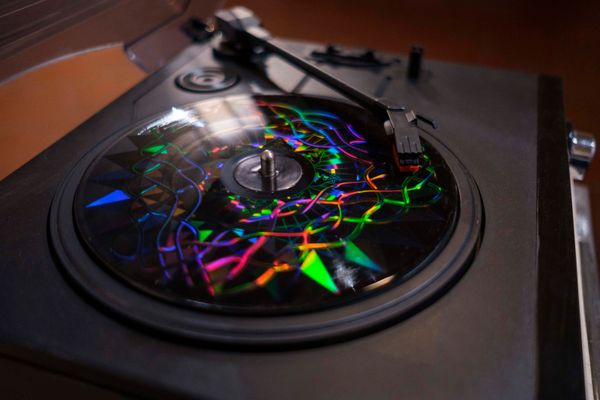 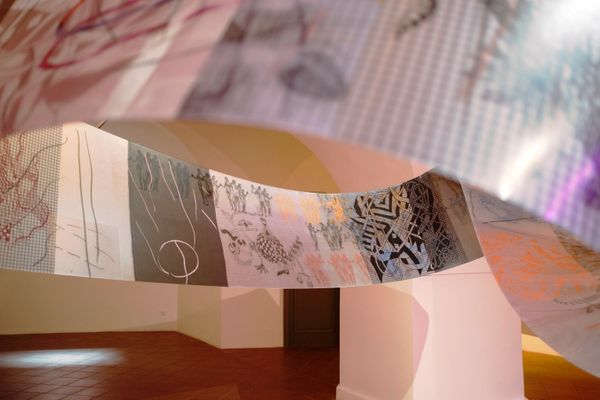 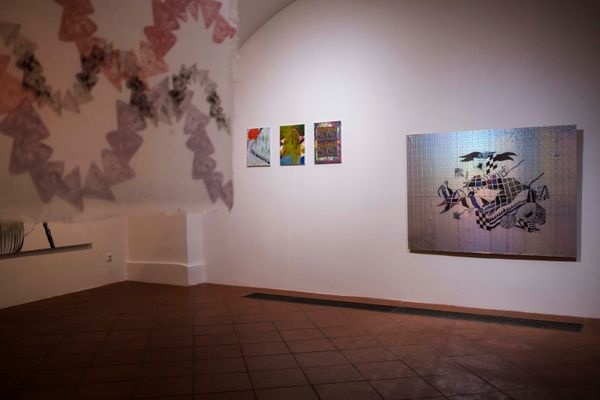 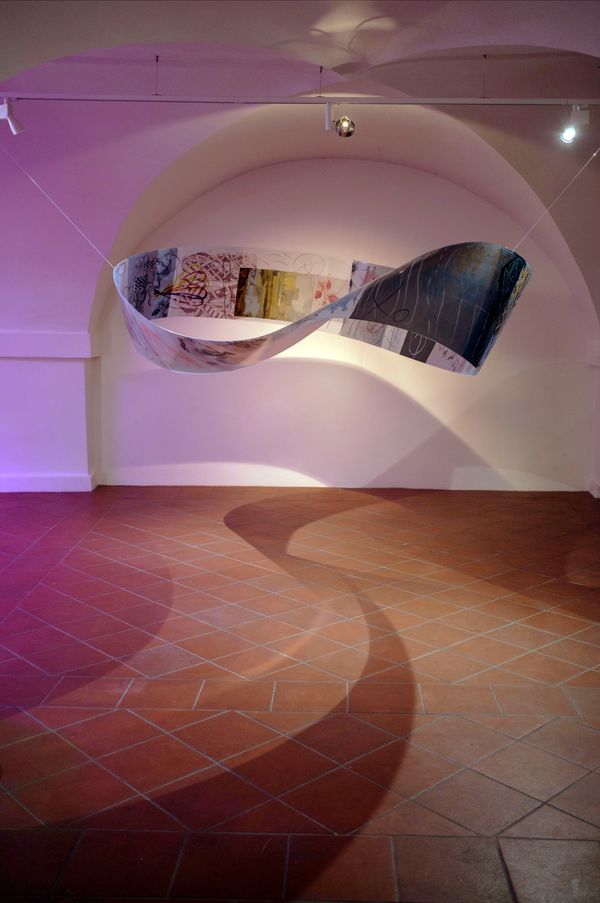 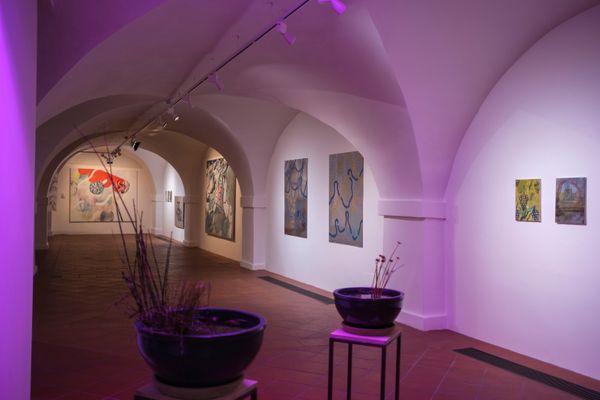 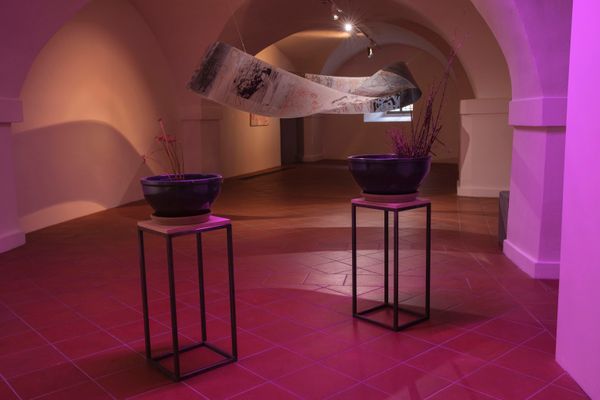 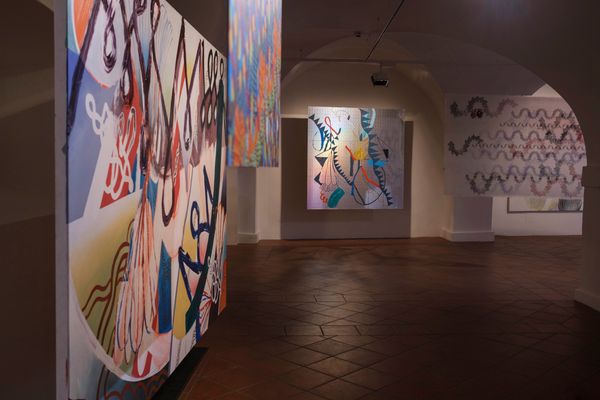 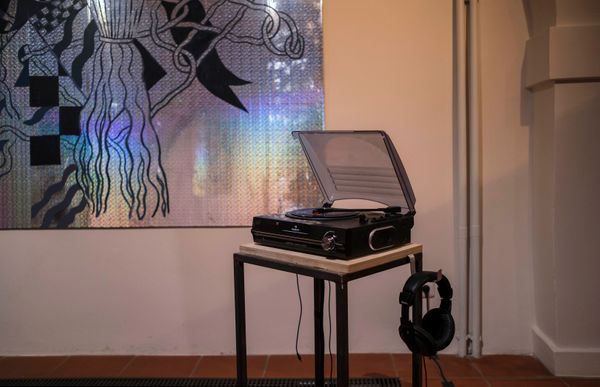 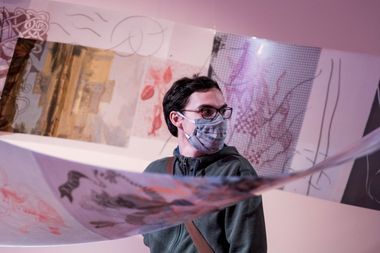